Can We Be Social and Private at the Same Time? | Inside The Facebook Scandal 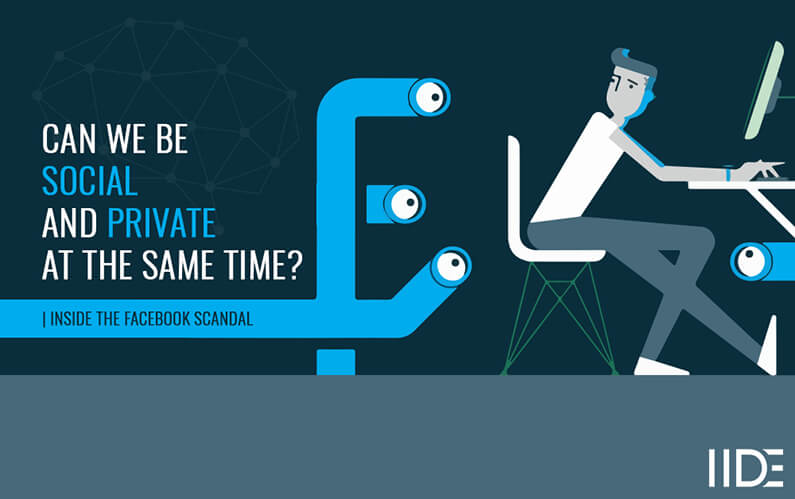 Over the past 2 weeks, a Facebook story has unfolded that has blanketed the entire world with questions about data vulnerability, data breach, and data privacy… once again. Yep, data leaks and breaches have been commonplace for quite a while now.

Remember the Yahoo leak that affected 3 billion people? Or the iCloud security breach?

How about the security breach of MyFitnessPal affecting 150mn people a few days ago?

The list goes on… In fact, here is a Wikipedia page with all the data breaches listed!

But why are people suddenly so furious with Facebook? And why have many users and brands decided to delete Facebook altogether? 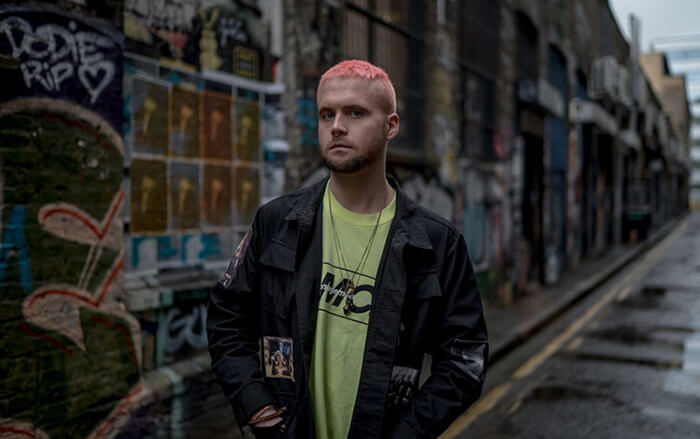 In 2014, Cambridge Analytica, a big data company that focuses on political and commercial ad campaigns, approached Aleksandr Kogan, a Russian – American researcher at Cambridge University to understand how Facebook information could be used to profile people’s political and personal views.

Kogan and his company, Global Science Research (GSR), in collaboration with Cambridge Analytica, built a personality quiz app on Facebook called “thisisyourdigitallife” and went on to Amazon’s Mechanical Turk platform looking for people who were American Facebook users and who would download the app.

2,70,000 users downloaded the app and agreed to have their data collected in exchange for a payment of $1 to $2 under the pretext that their data would be used for academic research purposes.

The app collected the Facebook data of these users; but also went one step further by mining the data of people who weren’t using the app. How? You see, the people who downloaded the app also unwittingly gave access to the profiles and data of all their Facebook friends!

Thus, the Facebook data of around 50 million of people was harvested without them knowing about it, let alone consenting.

Kogan then sold all this data to the people at Cambridge Analytica who allegedly later worked on Donald Trump’s presidential campaign and the pro-Brexit campaign as a consultant using a software designed to manipulate potential swing voters. 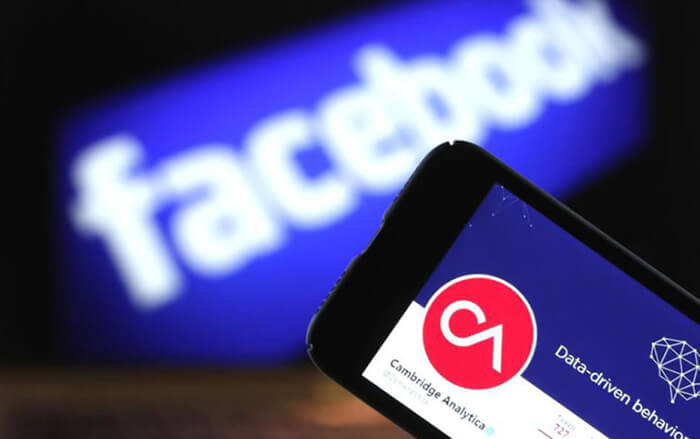 When this news came around to Facebook in 2015, Facebook simply deleted Kogan’s app and told the involved parties to delete all the data acquired through the app.

However, according to Cambridge Analytica’s co-founder-turned-whistleblower, Christopher Wylie, Facebook simply sent them a document asking them to check a box stating that they have deleted all the data, but never checked if the data was actually deleted.

Facebook also decided to keep this news under wraps and not tell those millions of users that their information had been harvested. Thus, breaking several laws in the UK and the US, as is being currently investigated.

When this whole story got out a few weeks ago, Facebook suspended Cambridge Analytica and hastily made a public statement denying that this was not a data breach as users “knowingly provided their information,” and “no systems were infiltrated, and no passwords or sensitive pieces of information were stolen or hacked.”

According to Facebook, the only wrong thing Kogan did was selling all the data he received to a third party – a clear violation of Facebook’s policies 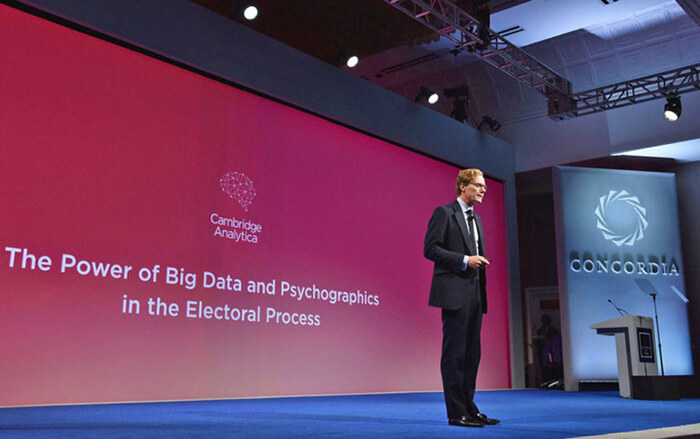 (You may wonder how those 2,70,000 users knowingly gave the information of all their friends as well? If you think back, there was a time when Facebook explicitly asked if you want to allow an application to receive all the data of your friends as well. You probably also clicked “allow”.)

Now, naturally, people are not happy with the way Facebook has handled the situation. Not only did Facebook not check if the data was actually deleted, but they also knowingly withheld the information from the public.

Had they done both of these things, perhaps Hillary Clinton would’ve been the president of the United States and perhaps Great Britain would still be a part of the European Union!

People have begun to seriously doubt whether they have a free will.

It is true, however, that people did actually give consent to GSR to collect theirs and their friend’s data but Facebook’s statement just shows their lack of responsibility.

Could it really be that Facebook had failed to realise that the data could be used in dangerous ways? That the fact that anyone could harvest data is not reason to raise a concern?

That simply ticking a box would not free a company from their responsibility? No, the vast infrastructure that Facebook has built to obtain data suggests that the company knows all too well the value of this kind of vast data surveillance.

The simple thing is that if the company could not protect people’s data, it had no business collecting them in the first place.

Coming back to the question

Can we be social and private at the same time? Let me answer that question with another question: Have you ever wondered why DND never seems to work on your phone? 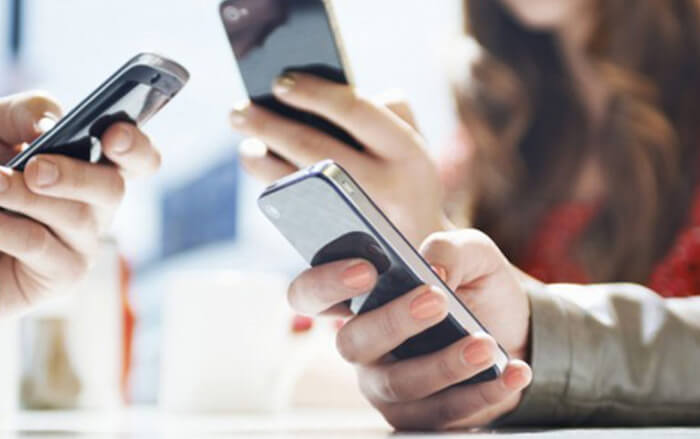 It is simple: we allow data companies to collect our data. Every “yes” we click when we download an application on our phones, every new account we create using our Facebook or Google accounts, every password, address, or card details we save on our browsers, every device we connect to on the same network, is accessible and can be mined for data. We’re as much to blame as the technology companies who sell our data to advertisers.

We visit one website, perform one search, and suddenly we are bombarded with intrusive ads on our desktop monitors as well as our phones.

In fact, have you ever noticed that even when you are talking to someone about something offline, you begin to see ads about it the next day?

Technology giants ‘listen’ to our conversations and have highly sophisticated algorithms designed to identify our topic of conversations. They do this when we give access to their smart assistants – Siri, Cortana, etc.

So, no, our personal and social lives are not mutually exclusive. Platforms such as Facebook, Google and many others have vast online databases and provide detailed metrics to advertisers allowing them to target their audience as broadly or narrowly as they want – right from the gender to the cellular network (and more).

In fact, Facebook even allegedly creates “shadow profiles” of non-users! And, although a lot of big brands have stopped marketing on Facebook, they’ve only done so temporarily i.e. until the debacle dies down. As long as Facebook delivers results, advertisers are not going anywhere.

Can you erase your digital footprint? 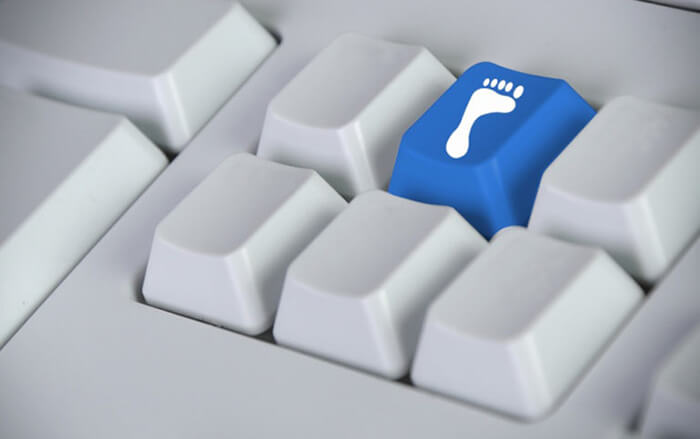 There are steps that you can take in order to mitigate your use of data by advertisers.

For starters, you can be more prudent: a lot of the third-party apps we use require very fishy permissions. For instance, this addictive game I recently downloaded on my smartphone wanted access to my contacts, my media, and my phone conversations! A big no-no.

So, it’s a good idea to review your permissions, not give unnecessary access to new apps, and delete certain apps altogether.

You can also visit Facebook on your desktop to see which apps you have given access to by going to Settings > Apps. You will find some embarrassing apps and games such as the “which character are you” ones that still have access to your data.

Immediately remove them or revoke the access of all apps, websites, and games from Facebook by clicking on “edit” under “Apps, Websites and Games” on the same page.

You can also quit using search assistants; regularly delete your cache and cookies; not save your sensitive information anywhere; and use only private browsing mode. However, even such measures will not ensure a 100% ad-proof experience.

The last step you can take is going to live in the mountains and completely swear off digital. But, let’s be honest, that is not going to happen.

You can also go ahead and delete your Facebook account if you don’t make much use of it. However, Facebook does own Instagram and WhatsApp, among others, and may receive your information from those services.

What do you think about data harvesting? Do you think companies should take our right to privacy seriously?